Web sites are now faster, as reflected in Google’s research data, since the company made Page Speed a ranking factor for mobile searches last July 2018.

As stated in an article published on April 4, 2019 in a Google Webmaster Blog, there are several notable web speed improvements.

Page Speed has always been a ranking factor for web sites since 2010 but it was only limited to desktop searches.

2016 analytics data from Google showed that more than half of web traffic came from mobile devices like smartphones and tablets.

Another study also revealed that the conversion rate, or the total number of page visitors that complete a certain task like subscribing to a newsletter, answering or completing a form, purchasing merchandise, etc.,  is lower for mobile compared to desktop.

This shows that despite the huge amount of web traffic coming from mobile devices, the profitability and revenue for web sites viewed via mobile devices is low due to the fact that mobile Page Speed wasn’t prioritized at that time.

Additionally, Google’s findings also revealed that more than half or 53% of users leave a web site that takes more than 3 seconds to load.

This is a huge difference compared to the current average mobile landing page of about 15 seconds.

And even though this is 7 seconds less than 2017’s average mobile Page Speed of 22 seconds, this is still far from a satisfying user experience.

Another problem encountered with the slow mobile Page Speed is its relation to bounce rate, which is defined as single page visits to a site.

The longer it takes to load a webpage, the higher the chances of a high bounce rate. 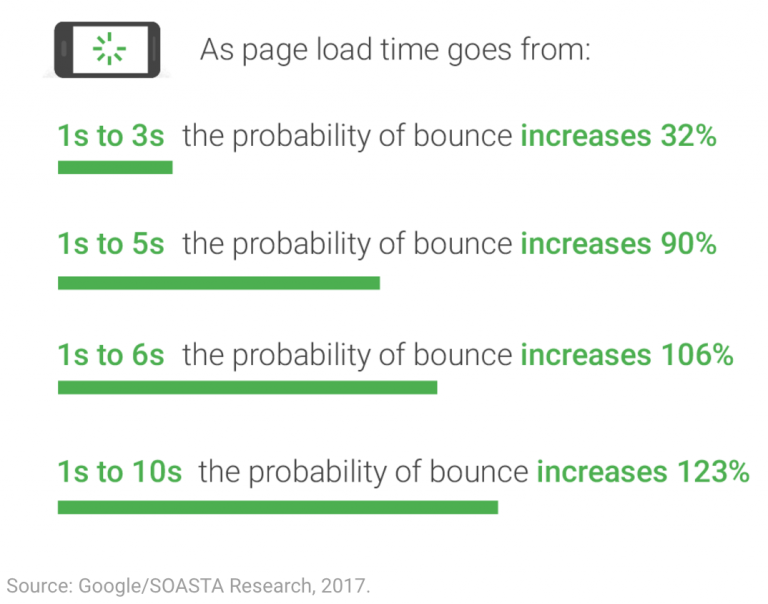 Improvements regarding mobile Page Speed should continuously be made due to the current low performance.

In the United States alone, the Average Speed Index, defined as the quickness of content being displayed to users, should be lower than 3 seconds.

However, data shows that this standard isn’t reached in various sectors. For automotive it’s only 6.3 seconds, consumer packed goods only has 6.6, finance has 5.9 seconds, healthcare has 5.4, media and entertainment has 5.5, retail has about 6.3 seconds, for technology it’s 6.7 and lastly, travel it’s 6 seconds. 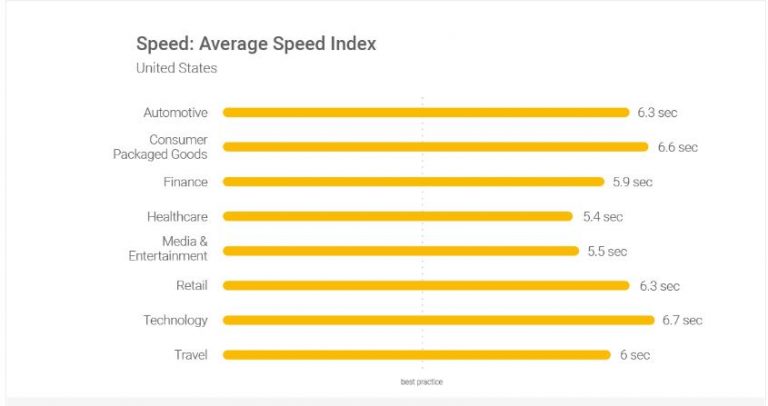 Similarly, the Average Time to First Byte, which measures the responsiveness and speediness of a web server that supposedly should be under 1.3 seconds, is not met by all previous categories. 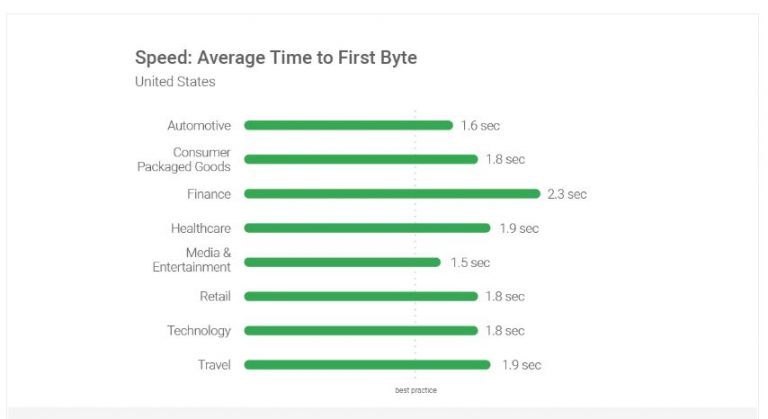 Furthermore, the less than 500 kb Average Page Weight Bytes, which is the estimated size in bytes of a webpage, isn’t being followed.

The Average Page Weight Byte in America’s automotive category is 3.8 MB, for consumer packaged goods it’s 3.7MB, finance has 2 MB, healthcare has 2.9 MB, media and entertainment has 3 MB, retail has 3.6 MB, technology has 2.4 and finally travel has 3.1 MB. 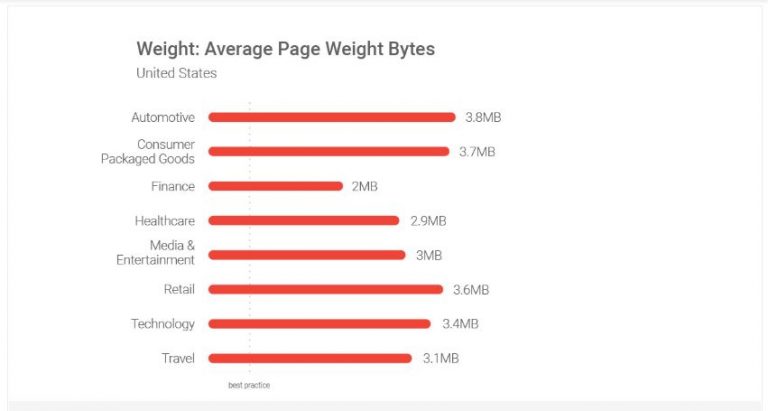 Equally, the individual content that’s displayed in a mobile page or the Average Request Count which should be less than 50 also failed to meet expectations.

Data for US shows that in the field of automotive there’s about 153 Average Request Count, for consumer packaged goods it’s 127, for finance it’s 90, for healthcare it’s 98, for media and entertainment it’s 110, retail has 147, technology has 140 and travel it’s 134.

It was in January 2018 that Google had finally announced that Page Speed was going to become a ranking factor.

As published in a SearchEngineLand article authored by Barry Schwartz, Google fully implemented this update on July 2018, and by that time the SEOs, Webmasters, site owners and developers have already been given ample time to change and improve their web sites in accordance with the update.

Mobile Page Speed still has a long list of enhancements to undertake but the increase in performance has not gone unnoticed.