Despite sounding very much like either a buzzword or frivolous jargon, ‘digital PR’ is, in fact, a rising force in the PR world. The strategic management of mutually beneficial information between the public and commercial, governmental or personal entities (aka our textbook definition of ‘public relations’) has turned over a new leaf: it’s gone digital.

Digital PR manifests as content that is attractive enough to be linked to. With a bit of outreach, said content catches someone’s eye and is then linked to, somewhat organically, based on its merit, profile or marketing. This is significant because it illustrates that gaining links is still the best way to rank online

In recent years, social media has played a monumental role in the PR space, though its dominance is being challenged. The public feud between the Australian government and Facebook – which resulted in news content’s momentary absence from the Australian arm of the platform – was a warning sign of social media’s fallibility. In the absence of social media’s paid promotions and organic engagement, Google remains the failsafe first point of contact online. 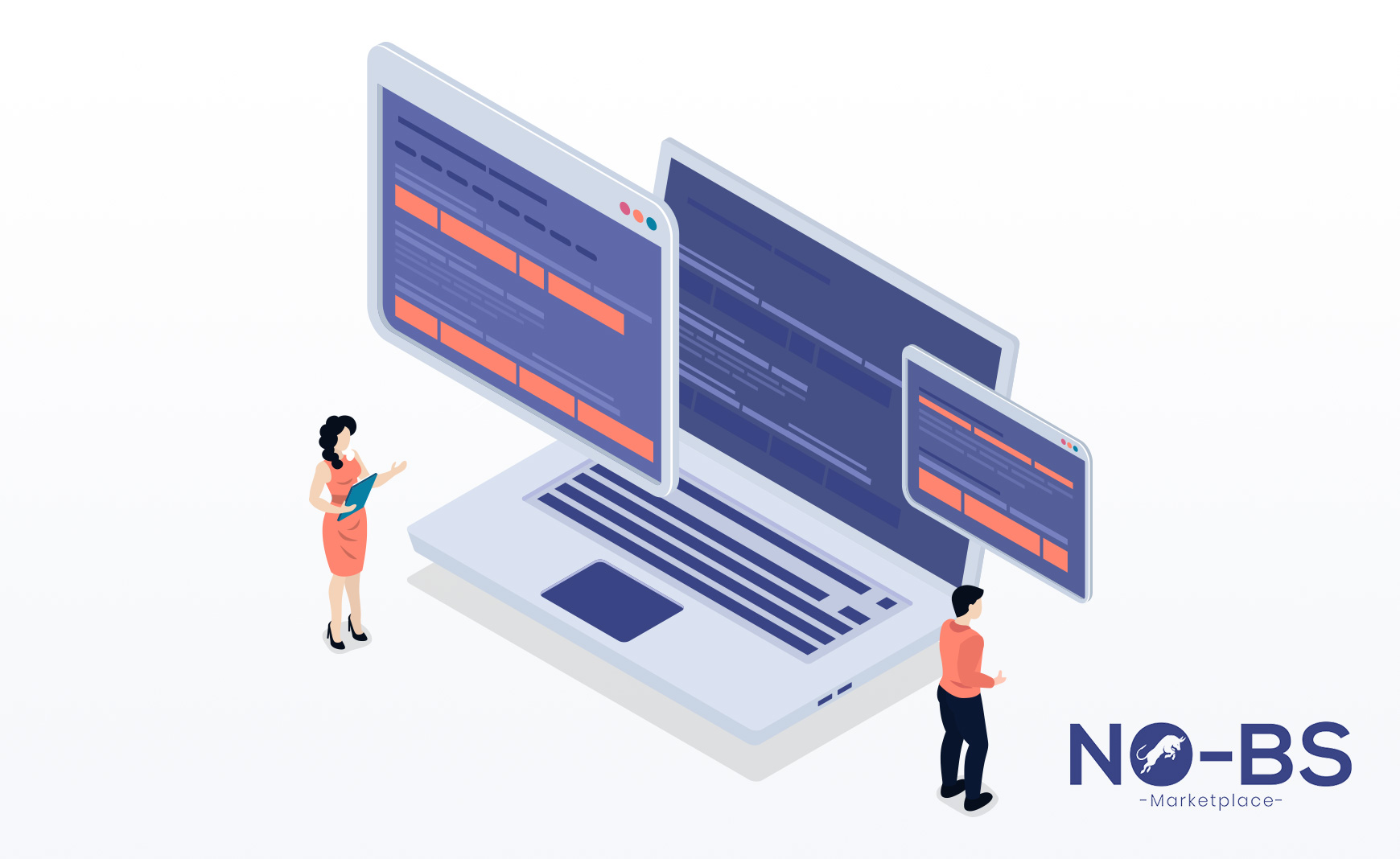 Beyond our collective reliance on social media, humanity seems pretty content with almost everything we interact with daily being deeply dependant on online processes. Google, our first port of call for most online activity, holds 86% of search market share. The fact of the matter is, if you want to stand out online, you need to get those links to boost your Google rankings.

This brings us to John Mueller.

With everything, including the digital landscape, subject to change at a moment’s notice, Google’s overwhelming dominance seems like a big, fat exception to the rule. But, even with that digital hegemony, Google doesn’t always get its own way and sometimes, it gets caught out

Google’s rule of thumb is that it doesn’t like link building, but it undermines its own position in a couple of ways. One, the average website is dependent on links for ranking; and two, through John Mueller’s own admission, digital PR and link building are on nearly equal footing.

For those unfamiliar, John Mueller is Google’s Webmaster Trends Analyst and Search Advocate, on whom many rely for up-to-the-minute info on all things search.

A now infamous tweet by Mueller claimed that digital PR is ‘just as critical as tech SEO, probably more so in many cases.’ By saying this, he’s revealed three things:

1. That technical SEO is generally the most important way to rank

2. That Digital PR is gaining traction.

3. That link building is actually helpful to your rank.

If that sounds contradictory, that’s because it is

On the one hand, Google advocates that you should disavow link building in favour of networking and digital PR practices. But on the other hand, technical SEO and link acquisitions are critical to rankings.

it’s not the first time Mueller has been accused of being self contradictory . An unscientific poll on his own Twitter feed established that a plurality of respondents (34%) don’t entirely believe what he says. 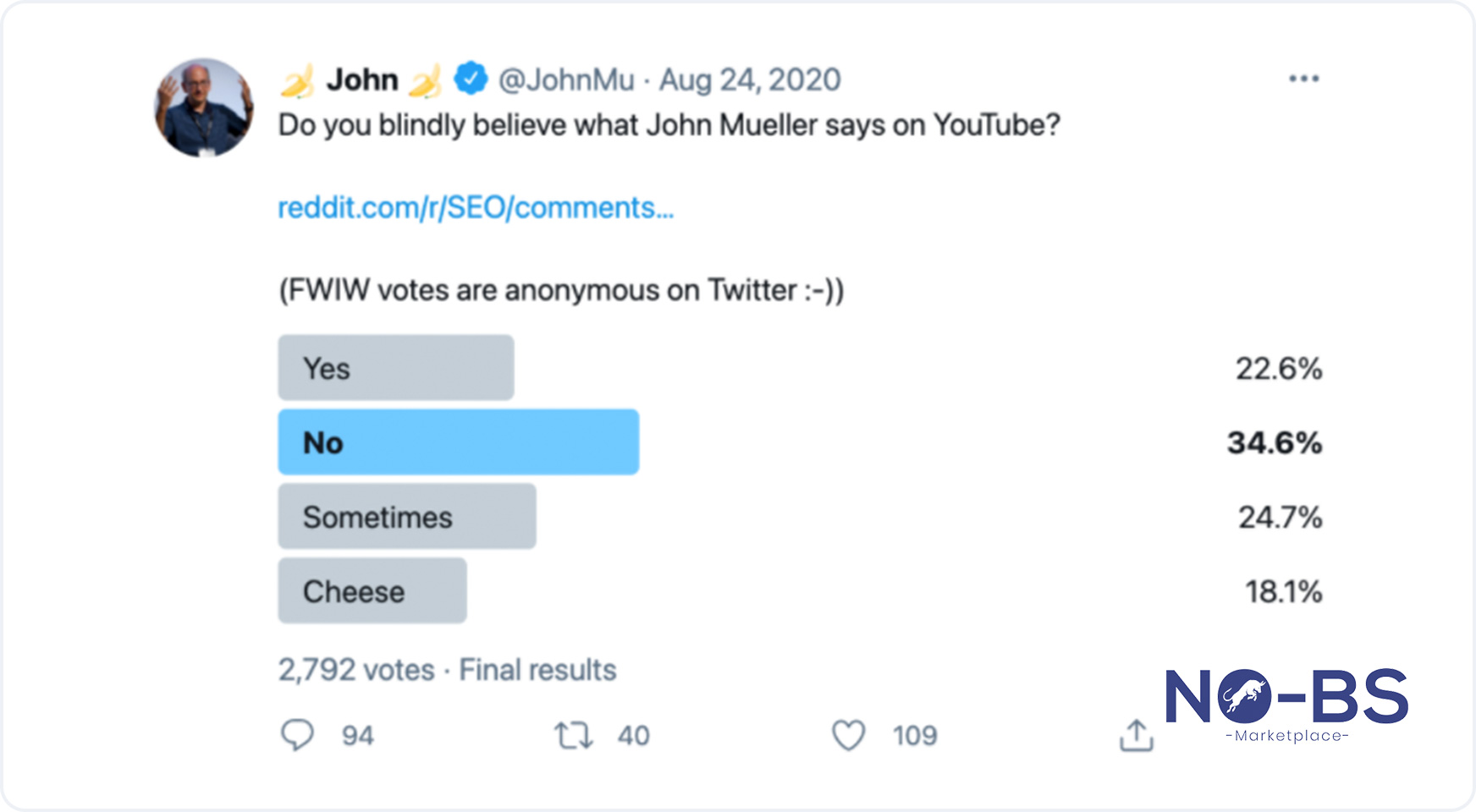 Google says that its preferred practices, like digital PR, offer your best shot at high ranking. They also frown upon – and threaten to punish – those engaged in paid SEO placements. Those two things must be pretty different then, you may be thinking. Let’s take a closer look:

Google wants websites to duke it out in the SEO arena as they claim this breeds higher quality content, therefore enhancing the end user’s experience. This is true to an extent, but nothing Google does is purely for the end user

Our guess? Google’s stature lets them dictate the digital rules under which we must all abide. By throwing down such stringent guidelines, they can maintain their parade of reputational authority, all under the pretence of helping the end user. In reality, the data they can mine as a result is a far bigger priority than UX.

Don't forget, this is a company whose updates are as opaque as a Chinese courtroom .

Are there any arguments against Digital PR?

As nice, warm and fuzzy as digital PR may seem, it’s not without its detractors. Yoast digital strategist, Jono Alderson imparted his wisdom on the matter when he stated:

I think that glorifying digital PR, over doing the hard work of *being a good solution to the problems of an audience* is bad for brands, and the web. I want a search engine to return the best results.

Effectively, Alderson sees digital PR’s biggest strength – its ability to attract links – as a flaw. According to Alderson, this tactic can see glamorous and well-marketed content prioritised over that which is useful and practical. 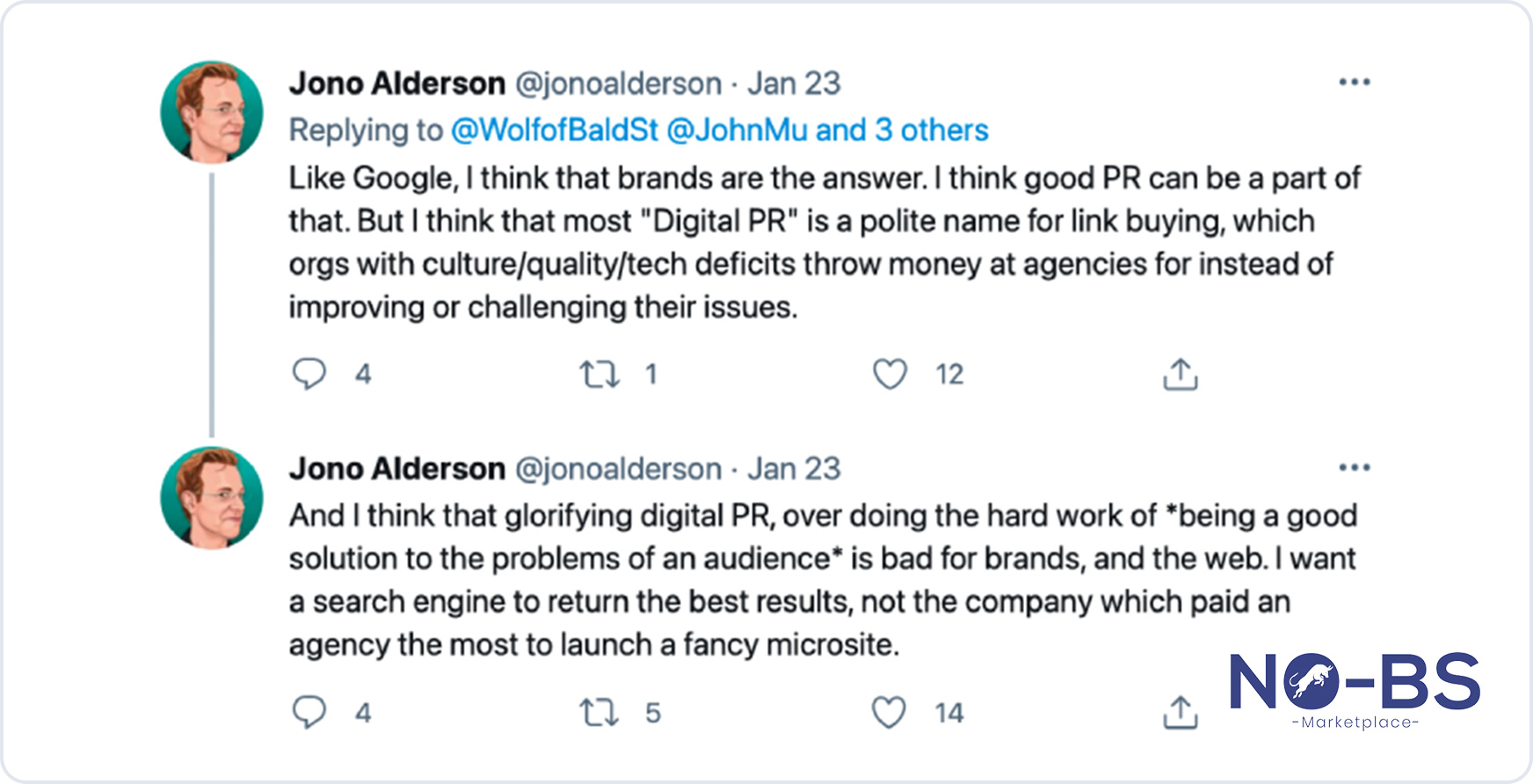 Google’s effort to put digital PR on a pedestal leaves bigger, more established industry of SEO agencies with a huge amount of damaged credibility to deal with. Although, with so little separating the two practices, there’s nothing to stop every agency in town from rebranding as a digital PR firm, thereby diluting whatever meagre differences existed in the first place. Nice one, Google.

What about niche relevancy?

Google advocates for niche relevancy as a way to improve search ranking. The idea is that links acquired – naturally or via digital PR, of course – from sites within the same industry as your organisation will boost your rank through their high degree of relevancy and authority. The other side of the coin involves identifying high-ranking keywords that are specific to your niche and incorporating them into your website.

In reality, these aspects of niche relevancy only contribute so much to your overall results.

When it comes to niche relevant links, follow Google down the garden path and they’ll tell you it should be a top priority in chasing ranking success. Pull a few loose strings and you’ll see that more generic domains with decent metrics are probably going to be as effective. What was that about Google being opaque?

There are, of course, different ways to use digital PR to earn links. Most are easy when you have the contacts but may be difficult for emerging entities to achieve.

EDITORIALS: This involves having content written in authoritative online publications, mostly established newspapers or magazines. In theory, this publication will write about your field, usually in a light-hearted way that may depart from the “harder” content they ordinarily specialise in. While meandering through tips, advice, and overviews, a sly link, possibly even a quote, will be placed somewhere in the article. The strength of the publisher propels the link into the ether of large-scale readership, ideally resulting in some clicks, shares, and business from the target market.

BUILDING UP NETWORKS OF REPORTERS:Traditional PR involved a lot of schmoozing with reporters and journalists to get print mentions in publications. Nowadays, a similar order of reciprocal back scratching persists, albeit with some changes. Instead of streamlining a brand or company’s entrance into public consciousness through mentions in a high-readership publication, the new objective is the permanent placement of a link. Ideally, getting enough of those will contribute to higher ranking result.

NEWS HIJACKING: his refers to when you take a breaking news story and put your own distinct spin on it. It often involves undermining conventional information spreaders, like the media, and incorporating your brand’s narrative instead. With the tools of social media at your disposal, it has never been easier to spread a compelling alternative perspective so far and so wide.

Because it involves taking over a publicly unfolding narrative, this practice generally yields the best results when done by big personalities. In recent years, the personality big enough to do this kind of disruption pervasively was, you guessed it, Mr. Donald J. Trump.

One of his most striking instances of news hijacking came during the long-winded vote count of America’s 2020 election. Trump’s loud refusal to concede his election loss spearheaded a fiery movement from his supporters who contested the result in defiance of what many would consider to be irrefutable fact. The ordeal led to demonstrations against Joe Biden’s inauguration, Trump’s second impeachment and his permanent banning from Twitter. Yikes. 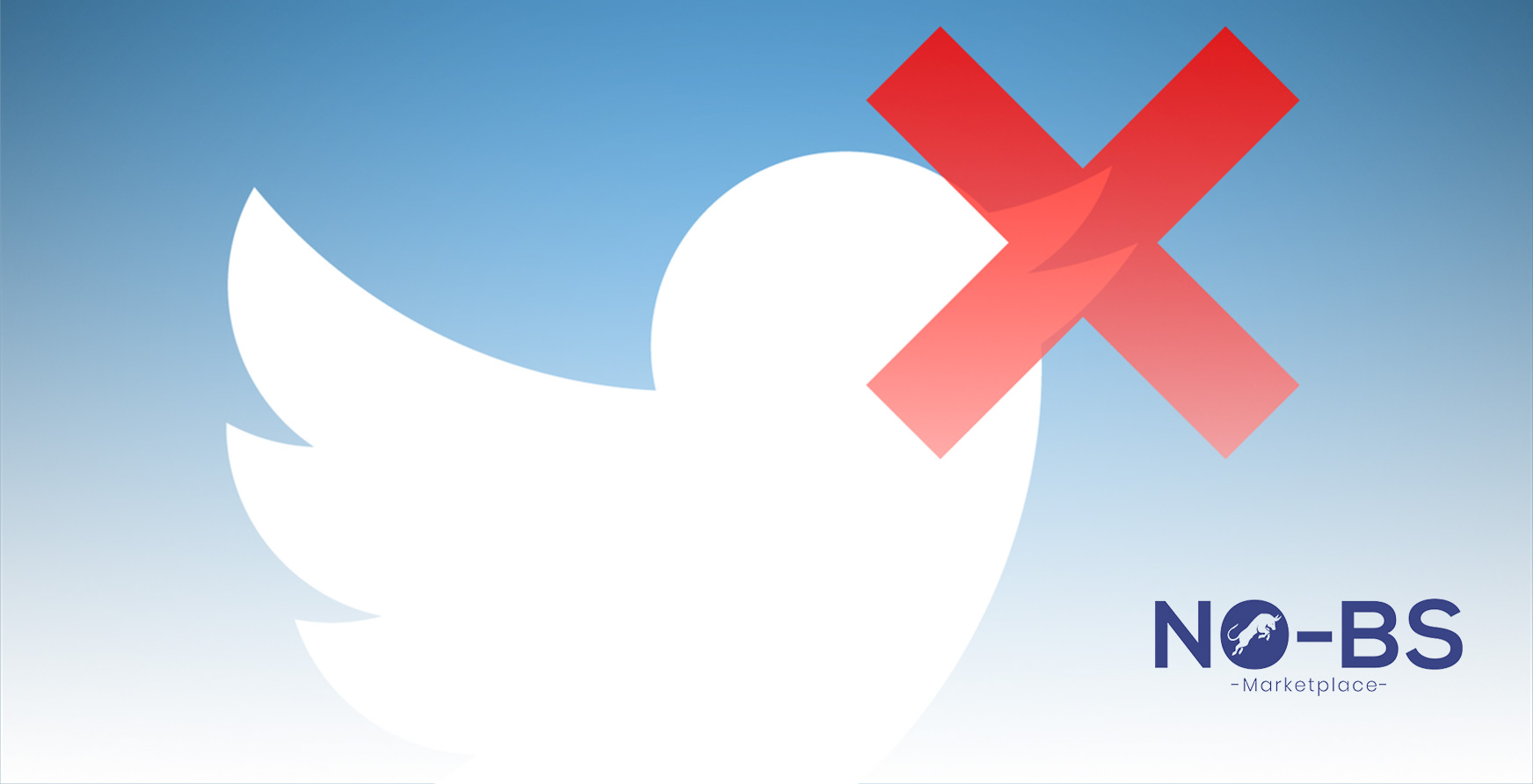 Of course, Trump’s hijacking of this media narrative is an extreme case, but many other well-known examples exist. Gillette’s Superbowl commercial challenging toxic masculinity at the height of the #MeToo movement is a memorable one. Madame Tussauds removal of Meghan Markle and Prince Harry’s sculptures from the museum to coincide with their departure as senior members of the Royal Family is another. News hijacking is an art that requires authority, opportunism and a great deal of expertise.

We Believe: The Best Man Can Be | Gillette (Short Film) - YouTube

So, with this knowledge in tow, what are the best ways to rank?

Overlords approve. Having a desirable site, the required networking skills and contacts or even the right digital agency working for you can lead to a jackpot of links. However, there’s a harsh reality to digital PR: many will not succeed with it.

Digital PR is done best by those who don’t need it. Namely, well-known businesses already on the tips of our tongues, with obscene marketing budgets to play with. For smaller, emerging or local companies, a digital PR strategy will be hard to get off the ground successfully.

News hijacking is another option that may yield some good results. In order to use the technique effectively, you’ll need to be bold, spontaneous and ideally have an established and sizeable audience. It can also be a game of trial and error, so persistence is key. At the same time, it’s of the utmost importance that you don’t sacrifice integrity for controversy. The wrong angle on a sensitive issue can be a one-way ticket to self-sabotage and a counterproductive exercise in PR management.

Your keywords are absolutely crucial to rankings as well. This is, however, only part of the solution, as you’ll also need a managed SEO strategy to see any long-term results.

So, where does that leave us? With good old fashioned link building.

Google would have you believe that digital PR and affiliated practices are the best and brightest of ranking methods. Thanks to slippery-tongue Mueller reaffirming that link building is and always has been, key to efficient ranking results, we know that isn’t necessarily true.

What you’re going to need is a coordinated SEO plan. Your options include building one in-house, or outsourcing it to an agency. The in-house approach has the possibility of being cheaper and may instil a sense of pride in the select few who manage to execute it successfully. However, results will take time to trickle in. For the time-poor and results-driven companies out there, an agency can seed your links across the internet and get you ranking higher, faster.

Remember, when Google says “jump,” you say “why?”
This article was co-written by Daniel De Jongh, one of our premium content team members, and our co-founder, Aaron Gray.